Punjab Police is a law enforcement department that maintains the law & order situation in Punjab Province. This department works under the command of the Inspector General of Police (IGP) Punjab. This is the department that controls the criminal’s cases by taking action against criminals under the Police Act 1861 and Police Act 2002.

Some of the highlighted details are as follows:

The police system in Mughal times was organized on the basis of land tenure. Zamindar is responsible for catching public peace offenders and performing other police duties. At the village level, this function is performed by village headmen. In larger cities, police management is employed, officers named Kotwals, who carry out the combined tasks of law enforcement, community administration, and revenue collection. In villages and communities, there are patrol officers in the form of village guards or chowkidars, in the city, there are horse patrols and the like. Violent organized crime is usually handled by the military.

The modern police system was introduced during British rule. The British government freed the henchmen (Zamindar) from their responsibility for police service and introduced the judge (magistrate) to Daroghas and other subordinates for police purposes. The Punjab Police also emulate the two main branches – military preventive police and civilian detective police. Because these arrangements were unsatisfactory, the British Indian government in 1860 asked the Punjab government to consider the police system that prevailed in the province. However, because the matter became a public concern, the central government formed a commission to investigate all policing matters in British India.

The Calcutta Police Commission of 1860 recommended the removal of military weapons from the police, the appointment of a provincial police chief inspector, and the placement of the police in a district under a district supervisor. The Commission only recommended that district judges (magistrates) carry out police duties. On the recommendation of the committee, the Government of India introduced a law which was passed as Law V of 1861. The Police Act of 1861 was passed. The organizational draft following the law has been preserved to this day.

The Punjab Police Regulations of 1933 documented police practices at the time and introduced several new measures to increase the administrative and operational efficiency of the police. The content of the regulations shows that by 1934, Punjab Police had grown into a fully professional police organization with extensive knowledge of crimes and criminals in the province. It has developed effective procedures and practices for dealing with various types of criminal activity. Administrative and disciplinary functions have also been developed. The regulations served as a model for similar sets of rules in other provinces of Pakistan and are still in effect today.

The Punjab Police played a significant part in handling the refugee crisis of 1947–48. It continued as a separate organization till 1955 when it was merged with the police of other provinces to create the West Pakistan Police. The DIG West Pakistan was Inayat Ali Shah. DIG East Pakistan and DIG West Pakistan used to report to one IG which during the decade of the 1950s was Qurban Ali Khan.

There were several attempts to review and reform police organization and performance during the 1950s and 60s which however could not be implemented. The legal framework of police in Pakistan underwent a major change as a consequence of the Devolution of Power Plan implemented between 2001 and 2006. The Plan provided for the devolution of a considerable portion of the Provincial Government’s authority and functions to districts and the introduction of public accountability of police.

In line with the Devolution of Power Plan, the office of Deputy Commissioner of the district was abolished in 2001 and a system of district governments was introduced through the Punjab Local Government Ordinance 2001. As a part of the Plan a new police law, the Police Order, replaced the Police Act 1861 in 2002. It brought sweeping changes to the police organization. The new law introduced public accountability in the form of Public Safety Commissions at district, provincial, and national levels.

The Police Order 2002 also provided for an independent Police Complaints Authority, increased autonomy of the Inspector General of Police, and instituted functional specialization by separation of investigation from other functions of Police. Currently, the Punjab Police are engaged in counter-terrorism operations in the province.

The question of policing has been the subject of much debate before and after independence and a number of commissions, committees were formed by various governments for the purpose. Some of the more important commissions and committees are as follows:

The current Inspector General of Punjab is Rao Sardar Ali Khan. You can see the complete list of IGPs since 1947 on the official site by clicking here.

The old uniform was changed in 2018 and replaced with olive-green.

Punjab Police has two types of staff one is the Executive Staff who works in the field to control the crime within Punjab Province and 2nd is Clerical Staff who controls all the matters within the offices.

In simple words, we can describe the executive staff as Police Officials who wears a uniform and works in the field (Police Station) as well as in different offices to control the crime within their prescribed territory. They perform duties in all the emergency situations.

Punjab Police is a vast department it has many forces that were launched at different times according to their need for stopping crime.

Police officers are expected to display a high level of dignity, perseverance, and courage. These traits are not gendered specific, especially when responding to challenging situations. The Punjab Police Department has recruited a large number of women who not only provide a unique dynamic to the police and criminal investigations but also represent the organization as an equal opportunity employer.

Below is the list of our enthusiastically dedicated women recruits:

A common mistake from the general public is about Police Rank & Police Posts. These are different terms keep reading the article and you’ll know everything.

Following are some posts, not ranks. These posts act as a higher post sometimes.

One of the Punjab police initiatives is the establishment of an integrated complaint center for the IGP police. Previously, complaints were received by mail or someone had to go to Lahore to lodge a complaint in person with the Inspector General of the Police Bureau. This initiative aims to receive complaints via SMS and short voice calls (8787). Complaints are also received online and via email.

A dedicated team of young IT experts was assigned to deal with this complaint quickly. The system is very interactive and whistleblowers know their complaints. Reporters can follow the progress of their complaints online and send feedback online or via SMS at any time.

Following nature of complaints are entertained at the IGP Complaints Center:

All complaints are sent to senior officials for appropriate action to be taken. In any case, they will not be forwarded to a police officer from the subdivision who is obliged to call the complainant himself within 8 hours and report to the IGP Complaints Center that he has been in contact with the applicant. In addition, these officials must submit their final reports within the stipulated deadline. Complaints about unlawful detention and unlawful gratification requests must be sent within 24 hours. Likewise, complaints about the non-registration of the FIR and the arrest of an innocent person must be answered within 72 hours, and other types of complaints must be reported within two weeks.

Responses from related services are checked by staff at the Police Complaint Center via phone calls to applicants. If there is ambiguity or if the reporter is not satisfied with the answer, questions are sent to a senior officer for review. A complaint can only be destroyed if it has been corrected or proved to be untrue after an examination by a senior official.

Punjab Police have set up community assistance centers in 36 Punjab districts known as Police Khidmat Markaz (PKM) (a full list of centers, contact details, and location information can be found here). As Punjab Police Technology Partner, Punjab Information Technology (PITB) automates processes and develops centralized and integrated IT systems for these centers to improve overall efficiency. The creation of Khidmat Marakiz with this centralized IT system resulted in:

Click on the word Locations in the case to see all 36 districts Khidmat Marakiz locations of Punjab Province.

Punjab Police Welfare Fund provides support and assistance to all members of the department in the form of dowry fees for girl marriage, widow/child allowance, educational assistance to promote/support children’s education according to income. Financial assistance to support medical care, funeral expenses for member deaths, and additional salary after retirement.

Last year’s total disbursement under the various heads of welfare comes to  Rs. 509.808 Million to 19,880 beneficiaries.

Punjab Police Contributes to different combats and conflicts. In these activities to make Punjab Province crime-free there are a lot of police officials martyred every year.  To see all the list about those martyred (shaheed) police officers click here. 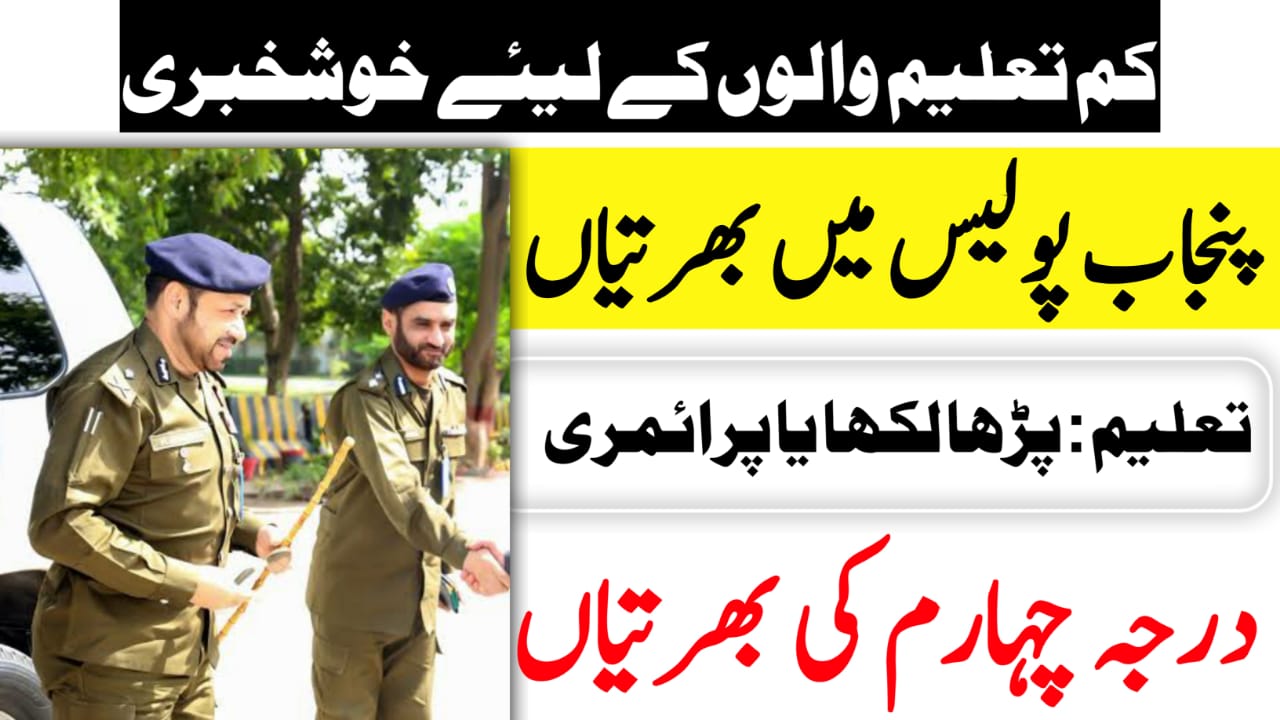